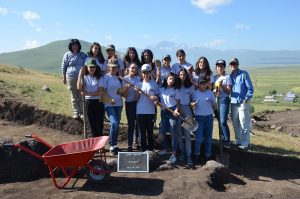 Camp Aragats, an archaeological camp for girls, kicked off its second season this year. Learning from last year’s pilot program, we expanded the camp to 15 children in order to broaden our impact, and diversified the group by opening it to girls from different towns and villages. Campers from Aparan, Gegharot and Yerevan discovered the science of heritage through hands-on sessions on excavation, architectural drawing, drone flight, ceramic restoration, zooarchaeology, bioarchaeology, paleoethnobotany, and more.

We had another fruitful season on Project ArAGATS this year, with the continued excavation of a semi-circular complex at the Early Bronze Age settlement of Gegharot, and new trenches elsewhere on the western slope that appear to have uncovered segments of a terrace walls and a rectilinear room. Meanwhile the lab team was busy studying human skeletal remains and conducting zooarchaeological and archaeobotanical research. See the Field Season 2018 page for further details. 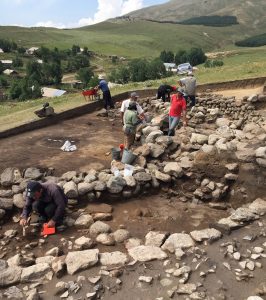 From July 17-20, the Aragats Foundation organized an archaeological summer camp for young girls from the town of Aparan. The mission of Camp Aragats is to offer children the opportunity to experience archaeology, learn the ancient history of their region, discover the excitement of science and history, and participate in an educational activity during the summer. The pilot project, organized by Lori Khatchadourian and Armine Harutyunyan, was a great success. More photos can be found on the Aragats Foundation’s Facebook page. 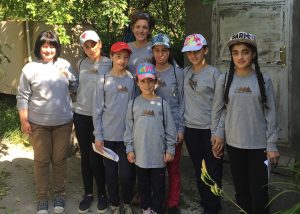 Posted on August 8, 2016 by Magdu| Comments Off on Young visitors
Project ArAGATS always welcomes visitors on site, of all ages. On July 16, an Armenian girl’s camp organized by World Vision stopped by the archaeological site of Aparani Berd, where we’ve been conducting excavations this summer. The children had a crash course in archaeological methods, and learned about the ancient past in their own town. 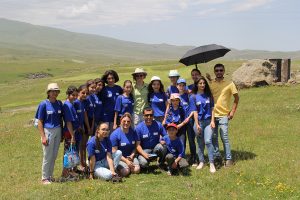 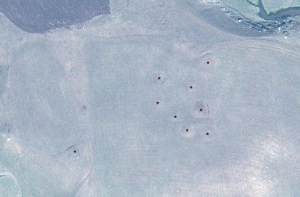 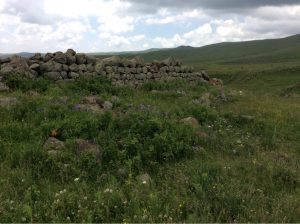 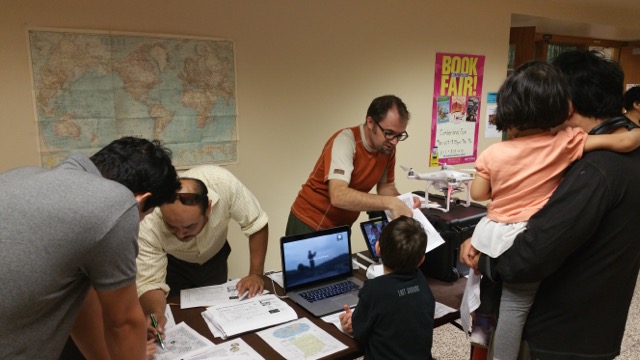 Survey in the Kasakh Valley

Posted on August 1, 2015 by Alan Greene| Comments Off on Survey in the Kasakh Valley

This summer Project ArAGATS is continuing our preliminary survey of the upper Kasakh River valley, performing systematic pedestrian survey, aerial photography and photogrammetry, geophysical analysis, and test excavations between the villages of Alagyaz, near the Kasakh headwaters, and Kuchak, at the Aparan Reservoir. 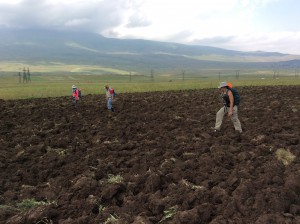 Survey walkers have been traversing the ridge tops and upland slopes of the Tsaghkunyats Range and Mt. Aragats, the broad Kasakh flood plains, and the river’s deeply cut gorge as it wends it way south, ultimately joining the Araxes River in the Ararat Valley. We record remains of human activity from the Paleolithic through the early 20th century, photographing and mapping architecture and cemeteries, collecting surface materials, and evaluating Soviet-era land management practices and their impact on the archaeological record. 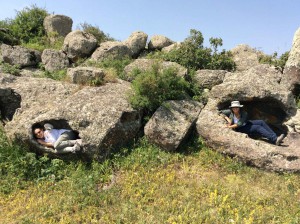 Surveyors talking a break amid some ancient architecture in the upper Kasakh River Valley.

The upper Kasakh Valley survey will be an ongoing project, so look for updates over the next several years!

Posted on July 17, 2015 by Alan Greene| Comments Off on Excursion to Tavush

This past Monday, Project ArAGATS performed its first excursion of the
season to Armenia’s Tavush Province and the alpine monasteries of
Goshavank and Haghartsin. Both complexes, built in the 12th and 13th
centuries AD, have either undergone recent restoration or are in the
process of receiving important conservation efforts. 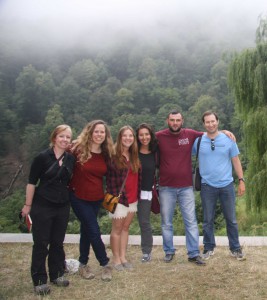 Project members enjoyed the
ancient architecture, the beautiful highland settings, and the fog that provided
some additional dramatic background.

Tsaghkahovit Update: Getting the Band Back Together

Posted on July 9, 2015 by admin| Comments Off on Tsaghkahovit Update: Getting the Band Back Together

A crack team from the village of Tsaghkahovit has started work this week in what is lyrically known as Burial Cluster 12, a remarkably complicated Late Bronze Age cemetery south of the main fortress. 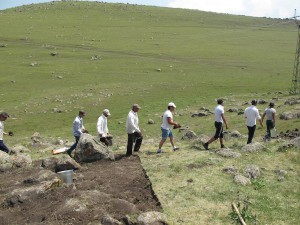 The excavations, led by Maureen Marshall (UChicago) and Levon Aghikyan (Institute of Archaeology, Armenia) are exploring mortuary remains from a bioarchaeological perspective.  We will post finds and discoveries here as they become available. 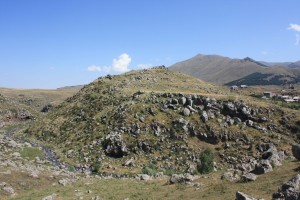 The site of Aparani Berd seen from the south.

These new excavations represent the first systematic efforts to explore the remains of one of the largest sites in the upper Kasakh river valley.  Stay tuned for updates.