2016 is perhaps the busiest Project ArAGATS season ever.  With support from the National Science Foundation, team members are pursuing no less than eight closely related research projects working simultaneously under our collaborative research umbrella. 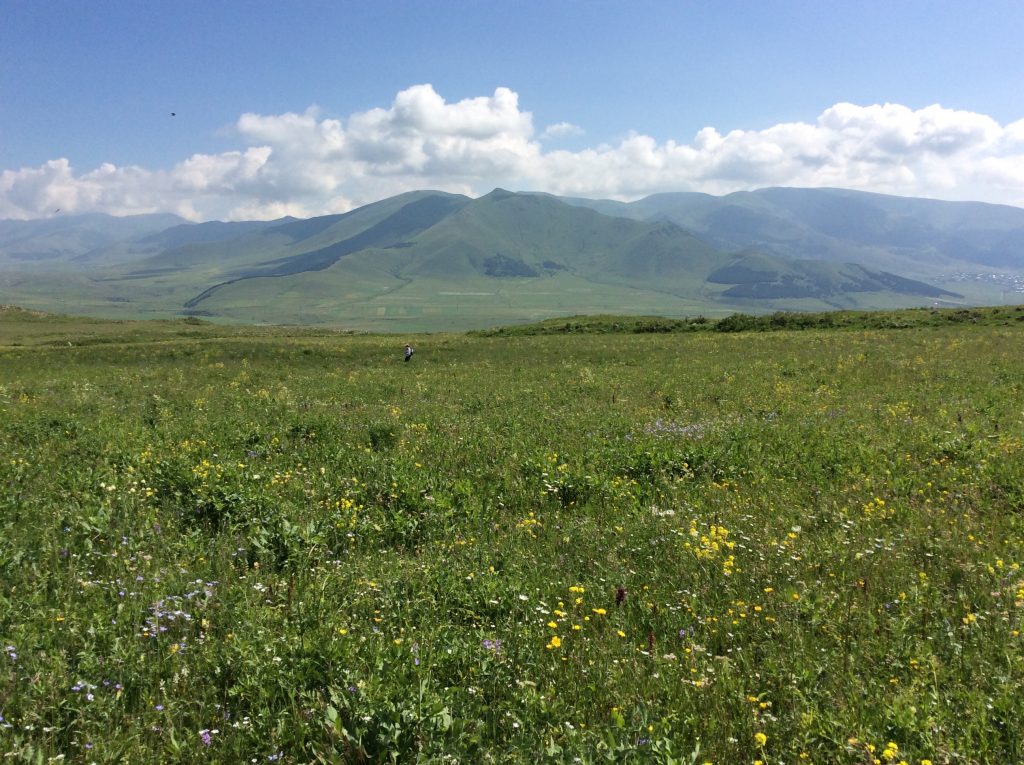 Project ArAGATS continues its systematic pedestrian survey of the middle Kasakh river valley.  This work expands upon the 1998-2000 survey of the adjacent Tsaghkahovit Plain.

Using a Phantom 3 drone, our aerial program is recording the dense archaeological landscape of the northeast Mt. Aragats region.

Working from the results of our survey and drone investigations, team members are conducting test excavations at select locations to “under-ground” truth surface indications.

This summer we are continuing excavations in the kurgan field located just below the fortress and settlement site of Gegharot.  This year we open the sixth kurgan in the cluster. 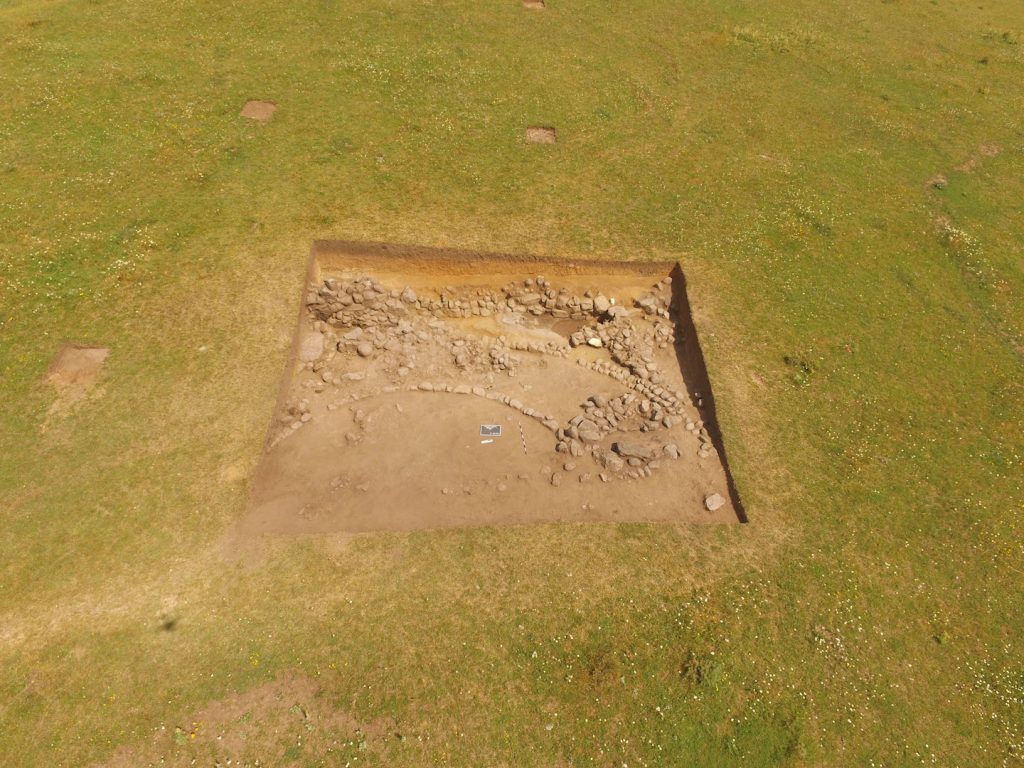 2016 is our 12th season conducting excavations at the Early and Late Bronze age site of Gegharot.  This year, we are working on the lower western slope to characterize the settlement and mortuary remains in the area.  Earlier salvage excavations and testing have indicated a clear EB occupation in the area, but its chronology and relationship to the better documented EB occupations on the citadel have not been sufficiently investigated.  Our excavations are complemented by a program of Ground Penetrating Radar (GPR) investigations conducted in collaboration with our colleagues at Georisk.

We are continuing our program of test soundings at the site of Aparani Berd that we began in 2015.  The site is large and complex so our focus this year is on better delimiting the spatial zones at the site and defining its history of occupation.  Test excavations on the west and east slopes this season are intended to complement the small soundings made in 2015 on the south and north terraces.

Our regional survey has documented a dense array of mortuary monuments in the shadow of Aparani Berd.  Following up on the combined investigations of settlement and mortuary landscapes at both Gegharot and Tsaghkahovit, this year we commence an investigation of mortuary remains in tandem with excavations at the settlement.  Aparani Berd BC03 presents a number of morphological types of tomb architecture, most variations on the cromlech form well-documented throughout the South Caucasus.

Obsidian Trade Networks of the Early and Late Bronze Age 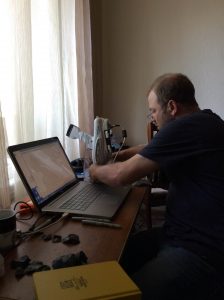 Utilizing the Cornell Landscape and Object Laboratory‘s Bruker Tracer III-SD, Project ArAGATS is utilizing pXRF to characterize obsidian sources and artifacts related to the Early and Late Bronze Age occupations in the region.  The research is focusing this year on the extensive remains of obsidian artifacts and debris from the sites of Gegharot, Tsaghkahovit, Aragats Berd, and a number of other sites in Armenia.